CHARLOTTE, N.C. — A 28-year-old man faces multiple charges after allegedly crawling through the window of a north Charlotte home on Thursday and sexually assaulting a woman just two days after being released from prison.

Police say Robert McFadden had just finished serving over 12 years in prison for a rape that occurred on the same street. 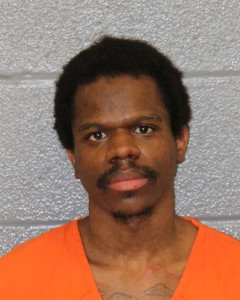 On Thursday, May 26th, officers responded to a 911 call around 9 a.m. reporting a sexual assault on Daybreak Drive.

Authorities say the suspect gained entry to the home by going through a window.

Medic responded shortly after and took the victim to a local hospital to be examined and treated for non-life-threatening injuries.

After collecting evidence and establishing probable cause, detectives were able to identify the suspect of the sexual assault as Robert McFadden and place him under arrest without incident.

McFadden was taken to the Mecklenburg County Detention Center and charged with the following:

During their investigation, detectives discovered McFadden was responsible for an earlier burglary that occurred on Thursday at a separate building on Daybreak Drive (where he did not gain full entry into the apartment).

McFadden was charged with an additional count of 1st Degree Burglary.

Anyone with more information is asked to call Crimestoppers at 704-334-1600 or visit http://charlottecrimestoppers.com/.

Published On May 28, 2022
By info@charlottebusinesspages.com
Cagegories