CHARLOTTE, N.C. — Detectives have arrested and charged a 39-year-old man for allegedly sexually assaulting a 16-year-old girl after she says she was forced into a car and fondled against her will in the parking lot of a southeast Charlotte Harris Teeter on Thursday. 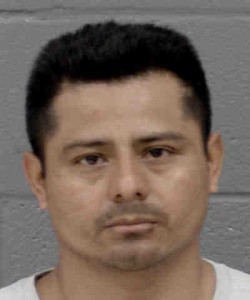 On February 24th, officers responded to Novant Mint Hill hospital in reference to a sexual assault and kidnapping report.

At the hospital, the teen victim told officers that she was physically forced into the suspect’s car, and while inside the car, she says the suspect, who police identified as Lorenzo Esteban sexually assaulted her by using his hand to attempt to penetrate her.

She says this incident occurred in the parking lot of the Harris Teeter on Wyalong Drive at the intersection of Margaret Wallace and Idlewild roads.

Police obtained the vehicle tags using surveillance footage to track him down, according to an arrest warrant. Detectives say Esteban confirmed the victims accusation were true.

Published On February 28, 2022
By info@charlottebusinesspages.com
Cagegories