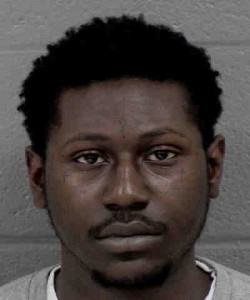 The Charlotte-Mecklenburg Police Department has charged a 23-year-old with murder after a man was fatally shot in northeast Charlotte in July.

Through an investigation, Orlando Mickens was identified as a suspect in the homicide case of Marquise Chandler Jr. and warrants were issued for his arrest.  He was located and arrested Wednesday without incident.

Police said Mickens was transferred to the custody of the Mecklenburg County Sheriff’s Office after being interviewed, where he has been charged with murder, possession of firearm by felon, robbery with a dangerous weapon, conspiracy to commit robbery with a dangerous weapon, as well as common law robbery, domestic violence protection order violation, interfering with an electronic monitoring device and damage to property.

CHARLOTTE, N.C. — One person was killed in northeast Charlotte Tuesday afternoon sparking a homicide investigation, according to the Charlotte-Mecklenburg Police Department.

Officers responded to Harris Station Boulevard, off of E. W.T. Harris Boulevard, around 12 p.m. after receiving an assault with a deadly weapon call for service. Upon arrival, police located a man suffering from a gunshot wound.

Medic transported the victim, identified as 27-year-old Marquise Chandler Jr., to a local hospital, where he has since been pronounced dead.

Anyone with information about this incident is asked to call 704-432-TIPS and speak directly to a Homicide Unit detective. The public can also leave information anonymously by contacting Crime Stoppers at 704-334-1600 or http://charlottecrimestoppers.com/.

Published On September 30, 2021
By info@charlottebusinesspages.com
Cagegories