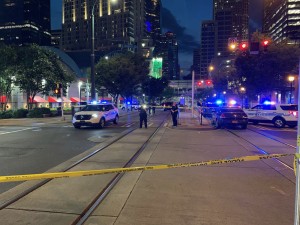 MEDIC says one person was shot and killed, and a second person was taken to the hospital with life-threatening injuries.

The 300 block of East Trade was shut down while police gathered evidence that centered on a black car and an SUV.

No other information has been released. Check back for updates

Published On June 25, 2022
By info@charlottebusinesspages.com
Cagegories