ROCK HILL, S.C. — A 39-year-old man faces several charges after police say he forced his way into his ex-girlfriend’s Rock Hill apartment on Tuesday to confront her current boyfriend.

On August 9th around 11 p.m., Rock Hill Police responded to an apartment on Lucas Street in reference to an argument where someone was armed with a firearm.

While officers were enroute, dispatch advised that the weapon had been fired.

At the scene, officers met with a witness standing outside the front door.

Officers say they noticed a pistol on the ground directly outside the front door to the apartment as well as a pistol magazine a few feet away.

As officers entered the home, they were met by Joshua Minton, who was standing in the living room covered in blood.

The witness told officers there was another firearm in the bedroom closet.

Officers located this rifle inside the closet covered in blood.

EMS was notified to treat Minton for his injuries.

Through the investigation, police determined that Joshua Minton forced his way into the apartment to confront his ex-girlfriend’s current boyfriend, William Robinson.

During the argument, detectives say Minton presented a pistol while having the rifle slung on his back.

A physical struggle ensued, and the pistol was discharged, according to a news release.

Police say Robinson was able to overpower and disarm Minton of the weapons.

Robinson then started to violently assault Minton with his fists and the blunt end of the rifle, according to a news release.

Detectives say Minton was beaten unconscious and defenseless on the floor.

Robinson then stood over Minton attempting to shoot him with the rifle, however, it did not fire.

Joshua Minton, 39, was taken to PMC for treatment.

Police issued Minton warrants for Attempted Murder, Burglary, Possession of a Weapon During a Crime of Violence, and Possession of a Firearm by a Convicted Violent Felon.

Detectives say Minton will be taken into custody upon his release from treatment.

Robinson, 41, was located a short time later and arrested, according to a news release. 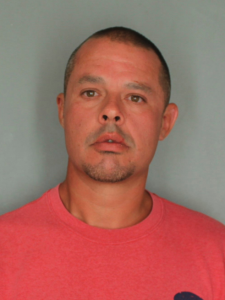 Police say Robinson was charged with Assault and Battery of a High and Aggravated Nature and taken to the Rock Hill Jail.

Published On August 10, 2022
By info@charlottebusinesspages.com
Cagegories