Police have identified a 25-year-old man as the suspect in a deadly shooting that occurred at a local park in Huntersville in August.

Michael Daryle Withers is wanted for 2nd Degree Murder and Possession of a Firearm by a Convicted Felon for his involvement in the shooting, according to a news release. 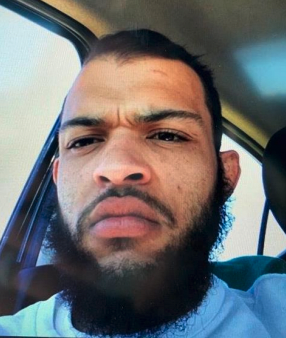 Anyone with information on his whereabouts is asked to call Lieutenant Sean Freeston of the Huntersville Police Department at 704-464-5400 or by dialing 911.

HUNTERSVILLE, N.C. — A Huntersville homicide investigation has sparked after a victim died a little over a week after being shot at a local park, police said.

Officers responded on August 29th around 6:15 p.m. to North Mecklenburg Park, on Old Statesville Road, after reports of a shooting. Upon arrival, police found a man suffering from a gunshot wound.

The victim was transported to the hospital in critical condition. Through an investigation, police learned that a verbal altercation took place between individuals playing basketball at North Mecklenburg Park which led to shots being fired striking the victim.

In a Tuesday news release, police said the victim had died due to their injuries from the shooting.

The Huntersville Police Department is still looking for information from anyone around the basketball court at North Mecklenburg Park on August 29th between 6 p.m. and 6:30 p.m.

Those with information should contact Lieutenant Sean Freeston of the Huntersville Police Department at 704-464-5400 or North Mecklenburg Crime Stoppers at 704-896-7867. You can also visit http://www.northmeckcrimestoppers.org.

Published On October 11, 2021
By info@charlottebusinesspages.com
Cagegories