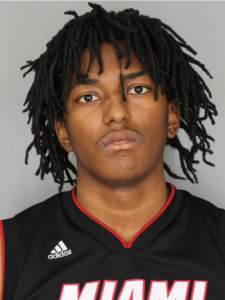 ROCK HILL, S.C. — A 19-year-old has been arrested for shooting and injuring a woman in Rock Hill Monday evening, according to police.

The Rock Hill police responded to the intersection of Gates Avenue and Bellingrath Boulevard around 5:15 p.m. after a report of a shooting with a victim.

Upon arrival at the scene, officers located the 23-year-old woman with a gunshot wound to each arm. Police provided medical attention until EMS arrived and transported the victim to a local hospital.

Through an initial investigation, authorities believe the incident started with a physical altercation in the roadway, which led to the shooting.

Barber was transported to the Rock Hill Jail where he was served with warrants for assault and battery of a high and aggravated nature, possession of a firearm during a crime of violence, and discharging a firearm into a vehicle, police say

If anyone has any information regarding the incident, they are asked to call 803-329-7293.

Published On March 29, 2022
By info@charlottebusinesspages.com
Cagegories