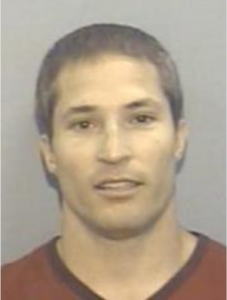 IREDELL COUNTY, N.C. — A Raleigh man is facing several charges after breaking into a Mooresville business Sunday to to get back his towed vehicle, according the Iredell County Sheriff’s Office.

According to deputies, 48-year-old Nathan Gross was arrested Sunday by Mooresville Police Department for DWI. He was then transported to the Iredell County Detention Center and his vehicle was towed by 3T Towing, and secured in a fenced storage area. Gross was then released from jail and picked up by his wife around 5 a.m.

Employees at 3-T Towing discovered around 9 a.m. that the fenced storage area and the business office had been broken into. Several items were reported stolen including the Chevrolet Suburban which belonged to Gross, according to the sheriff’s office.

Deputies responded to the scene to gather information which resulted in contacting the Raleigh Police Department to have them go to Gross’s residence to see if the vehicle was there. Raleigh Police officers were able to locate the Chevrolet Suburban at his home.

Through evidence gathered, Gross was determined to be the person responsible for breaking into the business office then removing the vehicle, according to the sheriff’s office. Based on an investigation, detectives were  able to secure felony and misdemeanor warrants on Gross, as well as receive a search warrant for his home and the vehicle. The Raleigh Police Department assisted with the search warrant which resulted in finding the stolen vehicle along with other items of evidence near the residence.

Gross was arrested at the scene, and transported by Raleigh Police Officers to the Wake County Detention Center where he was served with arrest warrants from Iredell County including felony breaking and entering, felony larceny of a motor vehicle, felony larceny after break and enter, misdemeanor larceny, misdemeanor injury to personal property, and misdemeanor first-degree trespassing, according to deputies.

Published On October 7, 2021
By info@charlottebusinesspages.com
Cagegories