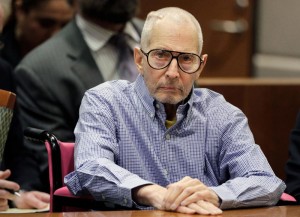 FILE – In this Dec. 21, 2016 file photo, Robert Durst sits in a courtroom in Los Angeles. Durst, the wealthy New York real estate heir and failed fugitive who was dogged for decades with suspicion in the disappearance and deaths of those around him before he was convicted of killing his best friend and sentenced to life in prison, died on Monday, Jan. 10, 2022. He was 78. (AP Photo/Jae C. Hong, Pool, File)

LOS ANGELES — Robert Durst, the New York real estate heir sentenced to life in prison for killing his best friend, has died. He was 78.

Durst was convicted of the 2000 killing of Susan Berman in September.

Durst was facing trial in New York for the killing his wife, who disappeared in 1982.

Published On January 10, 2022
By info@charlottebusinesspages.com
Cagegories