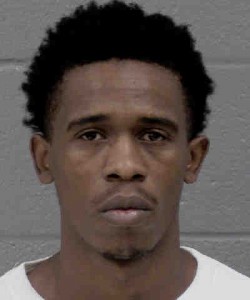 A 27-year-old wanted man was arrested Tuesday after a police chase in Lancaster led to an officer-involved shooting, according to the Lancaster Police Department.

Quinterius Clinton was arrested in Mecklenburg County for extradition or fugitive other state. The Lancaster Police Department has warrants on Clinton for attempted murder, failure to stop for blue lights, and reckless driving.

Clinton will be transported back to South Carolina where he will be served his arrest warrants.

No other information is available at this time.

LANCASTER, S.C. — UPDATE: Police have identified the man wanted for a police chase that led to an officer-involved shooting.  Investigators say they are actively searching for 27-year-old Quinterius Lamont Clinton.  According to police he is 5’7″ and 140 lbs and was last seen wearing all black with red shoes. 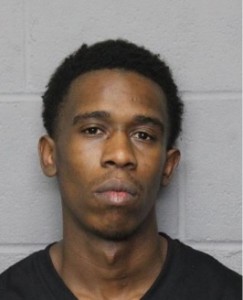 Officers say they were monitoring traffic on the bypass when a red car was spotted driving recklessly.

Once officers caught up with the suspect car, they realized it was the same vehicle that had fled from law enforcement a week prior.

Once the vehicle stopped, officers say they attempted to make contact with the Clinton, who then tried to strike an officer with the vehicle.

The officer involved fired his weapon and was able to avoid contact with the suspect vehicle.

Police say the suspect vehicle then sped down Riverside Road towards University Drive.

Clinton turned right on University Drive, drove into a yard, and then fled on foot, according to a news release.

Other officers and detectives from the Lancaster Police Department responded shortly after to help search for the suspect.

Avoid the areas around University Drive, Mungo Road & Riverside Road if at all possible while officers search for a suspect. The suspect is a black male wearing all black and red sneakers. Anyone with information on this suspect should call LPD at (803) 283-3313.

The public is advised to avoid the areas around University Drive, Mungo Road and Riverside Road while police search the area.

Check back for updates.

Published On September 16, 2021
By info@charlottebusinesspages.com
Cagegories